Healthy weight maintenance is more important than weight loss. It's far easier to lose weight than it is to maintain a desired weight. Here's my story.

I’ve only recently figured out how to lose weight and keep it off without feeling deprived while eating a very nutritious diet. (To me, the word diet means what I eat on a daily basis.)

It's easy to look at me now and say, "Yeah, sure. You're a little thing. What do you know about losing weight and all that?" After you read my story, I'm sure you'll say, "A lot!" 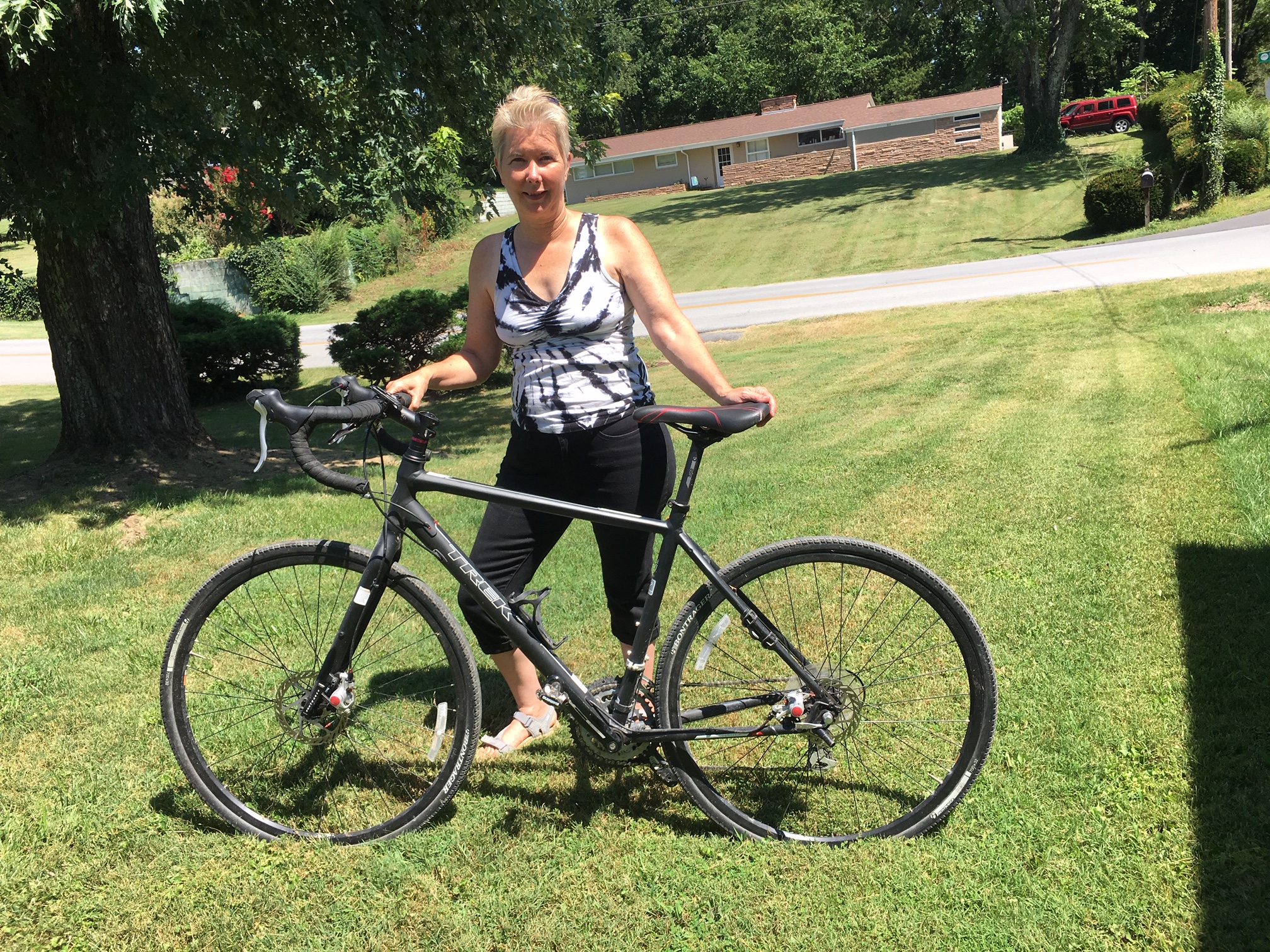 I Began with a Weight Gain Problem

I was a skinny, malnourished looking child even though I ate constantly, and I stayed thin through college. When I was pregnant with my first son, Brian, I gained about 35 pounds, most of it during the last five months. Within a year of having Brian, I was down to my normal stick-thin 105 to 110 pounds on a 5’4” frame.

I still had an extremely fast metabolism and breastfed Brian for about a year. Losing the pregnancy weight took little effort on my part. I ate whatever I wanted, whenever I wanted to eat it. Dieting was a foreign concept to me. Up to that point in my life, my focus was on gaining weight, not losing it.

After I had Brian, I  bought a health food store with other family members and began an incredible learning curve about healthy foods, supplements, and a totally different way of thinking about health. I remained thin until I became pregnant again.

Then, I Had a Weight Loss Problem

After I had my second son, David, when I was 27, I didn’t lose all the almost 45 pounds of pregnancy and baby weight. I also breastfed David; this time for about two years. Even though my doctor assured me breast feeding would assist in weight loss, I was still about 20 pounds over my pre-pregnancy weight when I stopped breastfeeding.

I was OK with a target weight of 120 pounds vs. 110, but I was 130 pounds. Being 130 pounds felt odd because I'd been really thin most of my life, but I still got a lot of positive feedback from people who knew me before the pregnancies.

A Little at a Time Adds Up to Way Too Much!

To reach my 120-pound target, I still had about 10 pounds to lose. I went into weight loss mode. I’ve remained in that frame of mind ever since. Why? Because I can no longer eat anything I want whenever I want to without gaining weight.

Along the way, I tried many different diets. Weight Watchers, Atkins, keto, vegetarian, pescatarian, macro, Eat to Live, The Fast Metabolism Diet, and Thin Healthy Mama are the ones I can remember. There were many more I’ve forgotten along the way. I also tried a medical intervention: HCG shots.

I had a very common reaction to a new diet. First lose weight, then over time, as the newness of the diet waned along with my will power, my huge appetite would roar back. After I got off the diet totally, my weight would quickly go back to my pre-diet weight, then creep up a few pounds.

That meant my weight increased each year. I’m a very positive person so I kept trying. I knew that if I kept learning about myself and trying new things, I’d find something that worked. 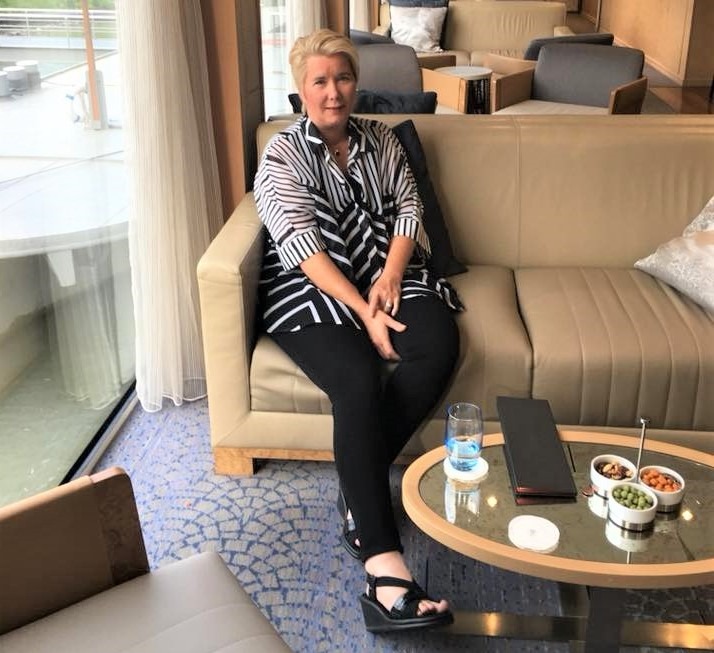 Keep Trying, You'll Finally Get It

My weight increased to almost 170 pounds. I don’t know exactly how much it was because I refused to weigh myself anymore after the 165 mark, but I know the clothes I had when I was 165 were getting tight. Then, I discovered the keto diet.

Hooray! I finally found a diet that worked well: keto. I lost about 30 pounds with keto. Then, stopped even though I still had more weight to lose. If I lost that much weight with keto, why didn’t I stay on it? Because I felt the keto diet, which is very high in fat and protein and very low in carbohydrates, wasn’t healthy or sustainable for me long term.

I lost about a pound a week on keto which was terrific, but there is no cheating on keto. If you cheat while on the keto diet, you’re popped out of the state of ketosis and very quickly those extra carbohydrates are converted to fat.

It was easy for me to stay on a strict keto diet because I was losing weight consistently for the first time in my life without being hungry at all. My huge appetite was under control. My only will power came from turning down any extra carbohydrates. Plus, the food tasted great due to the high fat content.

However, I know myself well enough to understand that it’s totally unrealistic for me to be on a long-term eating plan that doesn’t include eating things I know aren’t healthy but just want. I am going to eat a dessert after a meal out occasionally. I’m going to have a margarita every once in a while at a Mexican restaurant along with the chips and salsa. You get the picture. 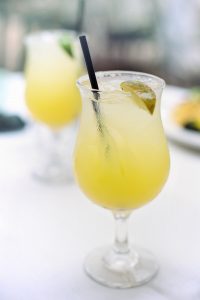 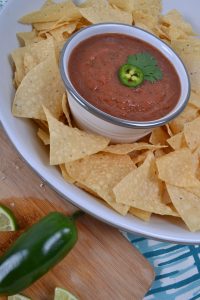 After I’d been on keto for about six months, I began looking for my follow up maintenance way of eating. I discovered the Trim Healthy Mama (THM)plan while researching eating styles and diets online. Since I’d already changed from pescatarian (vegetarian + fish) to meat eating with keto, I didn’t initially mind that Trim Healthy Mama advocated eating meat as part of a healthy diet.

Basically, THM is simple food combining. You eat fats and carbohydrates separately, and you make sure to get adequate protein each time you eat. There are other rules, like don’t eat sugar or wheat, but overall THM has very few foods that are no-nos. It’s less about what you eat and more about what you eat together. They also recommend to not go more than four hours without eating (except overnight).

By comparing keto and THM, I learned adequate, regular protein intake keeps me from having an insatiable appetite. Controlling my appetite is keystone to controlling my weight. Hooray! Yet another piece of my weight maintenance puzzle.

Unfortunately, THM is built around eating meat as a protein source. I really wanted to reduce or eliminate meat from my diet again for both health and philosophical reasons. At the very least I wanted to severely limit my meat consumption.

Also, THM recipes use sugar substitutes: erythritol and stevia. I can't use either due to food sensitivities. The only natural sugar substitute I’ve found I can use is monk fruit powder.

Finally, THM recipes are high in saturated fat, at least in their recipes that are protein and fat (THM S). They advocate the use of coconut oil and butter. My partner, Beck, learned he had high blood pressure and high cholesterol. He went on the Pritikin diet for cholesterol and was able to get back to normal blood pressure without medication. That meant if he was going to eat the food I prepared, meat and saturated fat were out. 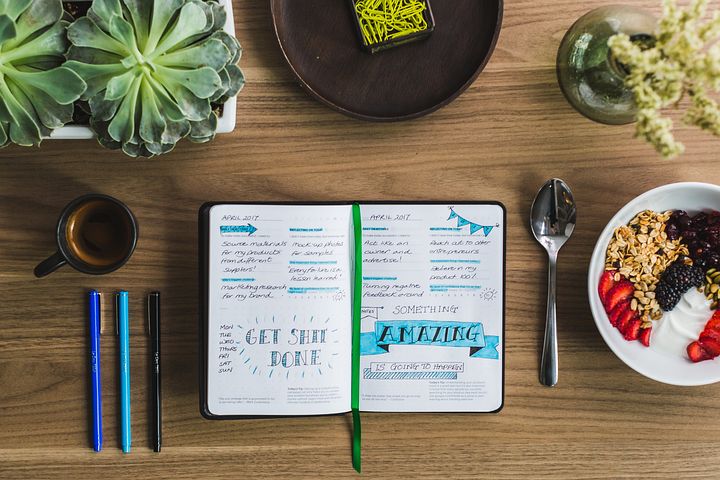 I still eat the saturated fat I get in coconut oil. I learned through experimentation, this oil, and especially MCT Oil, helped me with energy levels and healthy weight loss and maintenance.

I was a little overwhelmed with all the different factors to consider. Plus, I noticed there were many people on the healthy blogs I visited who had food allergies and needed special recipes.

Time to Come Up with a Plan for Life

I realized I needed to come up with an eating plan along with recipes that worked. I began taking what I’d learned for what worked and what didn’t for me and began crafting recipes with the following principles 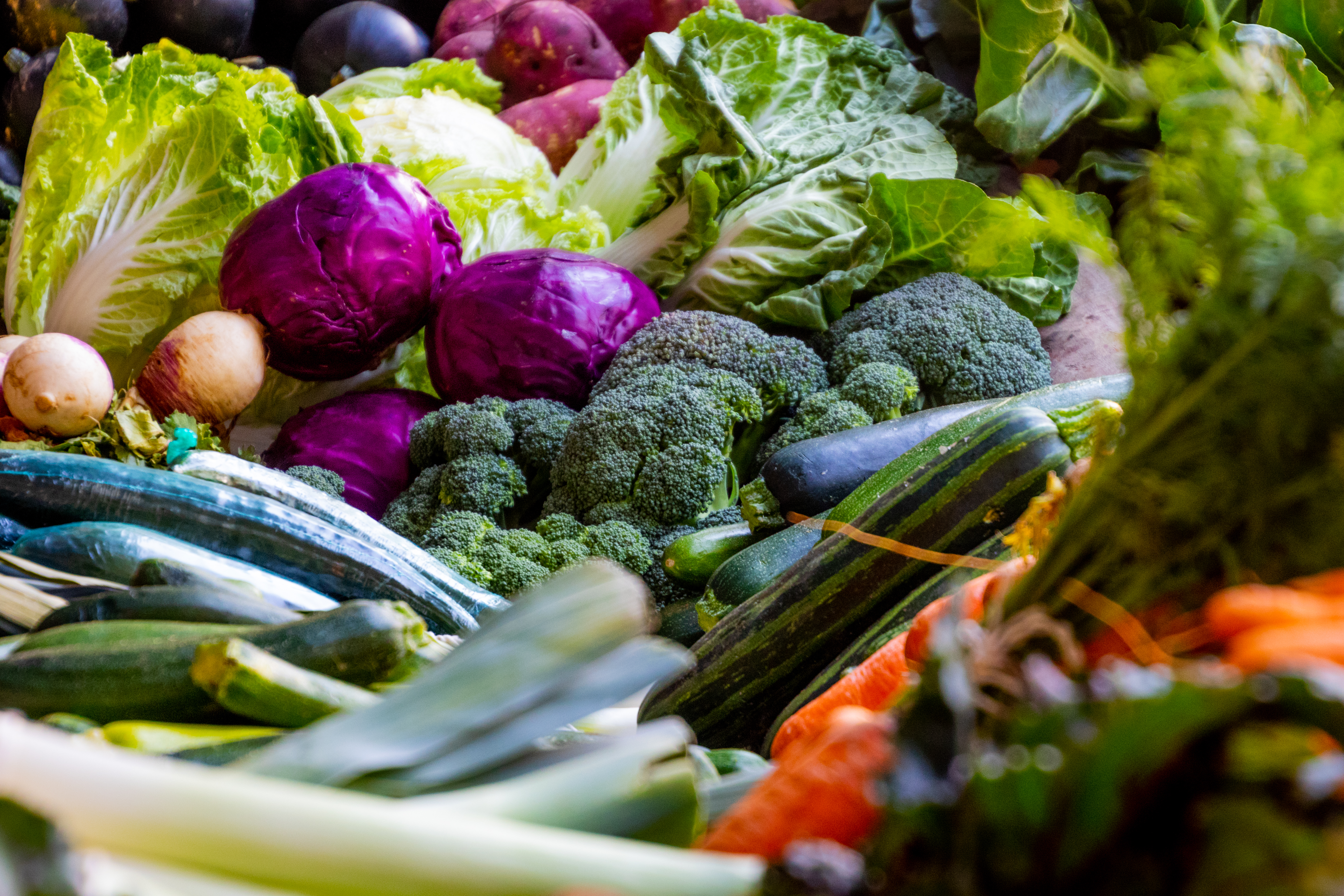 I also realized I don't do very well putting together a meal that's centered around simple food combining, that's also quick, and nutritious, without planning ahead. I began to create meal plans, too.

I’d created an eating plan for me and Beck that worked for both of us. As I began to tell my friends and family about it, they were excited and wanted to know how to do it, too. I began writing down my recipes and sharing them.

Concurrently, I began working on the mental side of weight loss and maintenance as part of an overall understanding of the importance of being happy. I began sharing that learning by mentoring others and through women’s groups I led. You can find out more about our groups and join a virtual group for support in being happy and healthy here: Join a Group.

I’d also dealt with my dislike of exercise for years. Though, I'm not a total exercise hater. I love an ambling walk through the woods or a leisurely bike ride, but I’m not a big fan of a real cardio or muscle building workout.

Along the way, I figured out how to exercise enough to have a healthy body and help with my weight maintenance.

Last, I learned the final piece of the puzzle for my weight loss and maintenace, my body wasn't breaking down thyroid hormones adequately so they could be used. As a result my metabolism was sluggish and my energy levels were low. I began taking sustained release T3 and felt amazingly better.

I don't stay on T3, but have gone on and off it based on my physical response to it. I've found it to be an important ingredient to improved thyroid health and plan to write a future post about my experiences with it.

What's Your Story? We've All Got One!

That’s my weight loss and weight maintenance story, what I learned along the way, and why Naturally Happy Healthy Me exists. I’m now down to around 130 pounds on a 5’3” frame (I lost an inch to gravity!). My weight normally goes up and down by a few pounds around 130 depending on what I eat, and I keep it that way by balancing out my off plan eating with on plan.

I still think about dropping to 125 pounds one day, but I'm quite happy at 130. At this weight, I can eat foods off my normal diet plan 10-20% of the time and still maintain my weight. I've learned that's a big win.

What's your story? We are stronger by sharing our stories and learning from each other. Please share something of your weight loss and maintenance story in the comments.

This site uses Akismet to reduce spam. Learn how your comment data is processed. 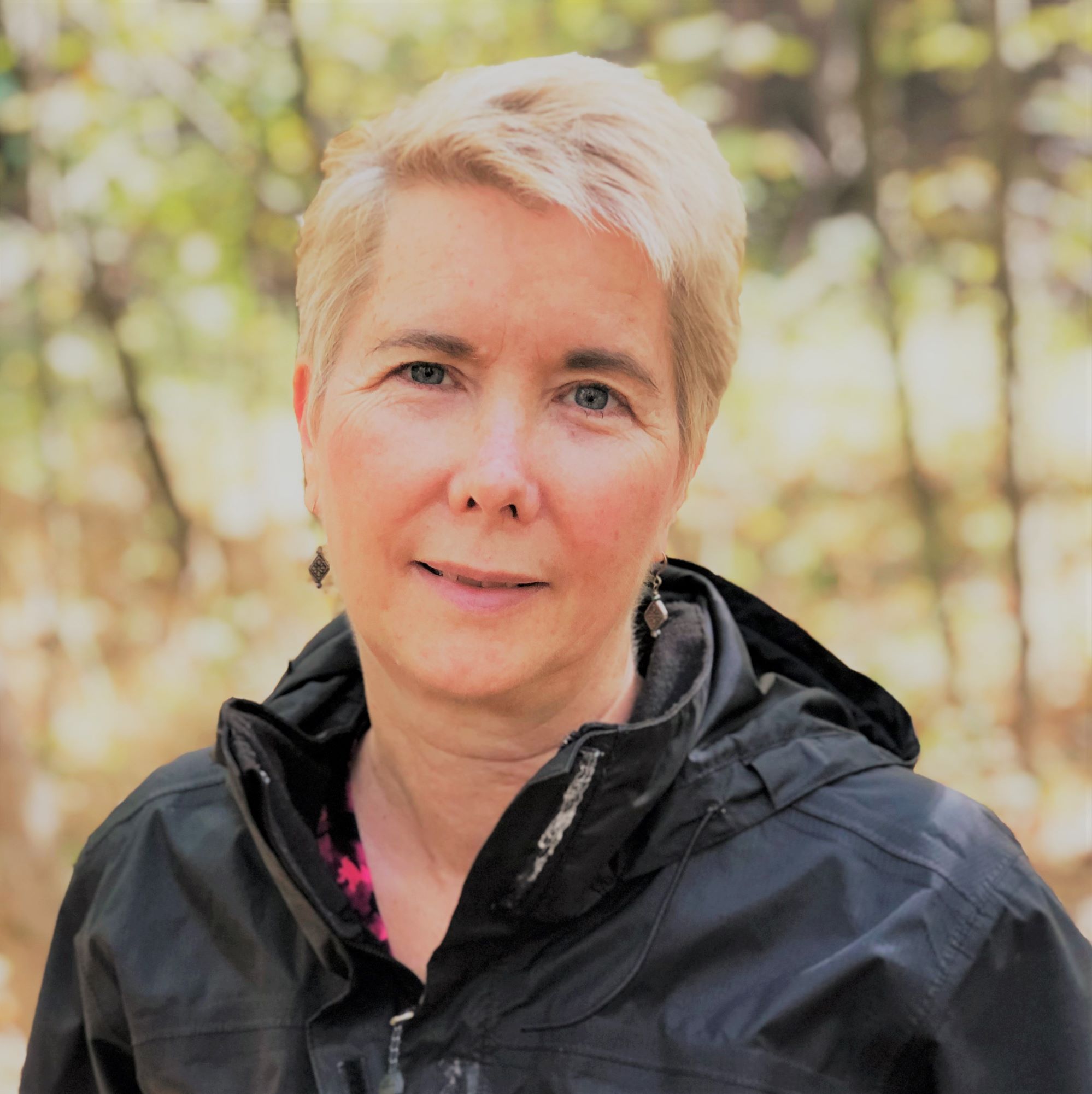 Welcome! I'm so glad you're here! I'm passionate about happiness and health and bet you are, too. If you'd like to know more about me, check out Lisa's World.

Please log in again. The login page will open in a new tab. After logging in you can close it and return to this page.

Find out more or adjust your settings.

This website uses cookies so that we can provide you with the best user experience possible. Cookie information is stored in your browser and performs functions such as recognising you when you return to our website and helping our team to understand which sections of the website you find most interesting and useful.

Strictly Necessary Cookie should be enabled at all times so that we can save your preferences for cookie settings.

If you disable this cookie, we will not be able to save your preferences. This means that every time you visit this website you will need to enable or disable cookies again.